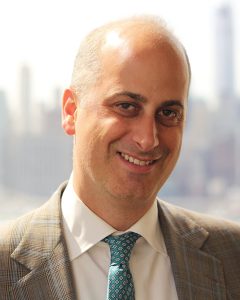 Thomas Asher is director of the Next Generation Social Sciences in Africa program, which offers fellowships to support emerging researchers across African institutions of higher education.

He has led projects related to international development, international education, and international affairs, including one on public engagement and Islamic studies and another supporting architects and social scientists in order to galvanize more inclusive urban design in urban Africa, Asia, and North America. He serves on global advisory boards for the African Centre for Cities (Cape Town) and the International Institute for Asian Studies (Leiden), and chairs the board of the Reagent Project. He currently is writing a series of interconnected articles on Kibera, an area of densely concentrated poverty in Nairobi, in which he is exploring informal economies and development concepts in a site of accelerating growth. He also has written on participatory politics, the effects of economic liberalization on political life in South Asia, and implications of a transition from a manufacturing economy to a knowledge economy in urban India. He speaks Hindi and lived in Delhi and Mumbai for several years as a child and later to undertake his dissertation research. He holds a PhD in anthropology from the University of Chicago and previously served as a research fellow at Human Rights Watch–Africa and executive director of Food Aid Management, a food security organization. Tom Asher joined the SSRC in November 2007.

August 13, 2018| In this series, our scholars challenge conventional understandings of development in order to draw attention to new faultlines emerging as a result of development projects.  Read this introduction to learn more.

Identity of the Intellectual: An Introduction

August 1, 2018| We are launching a new project in the Next Generation Social Sciences in Africa program that spotlights the groundbreaking work of our fellows as it pertains to different topics within academia in Africa.  This piece introduces the series as our scholars question artificial divides, the complacency of the academy, and the identity of the intellectual.