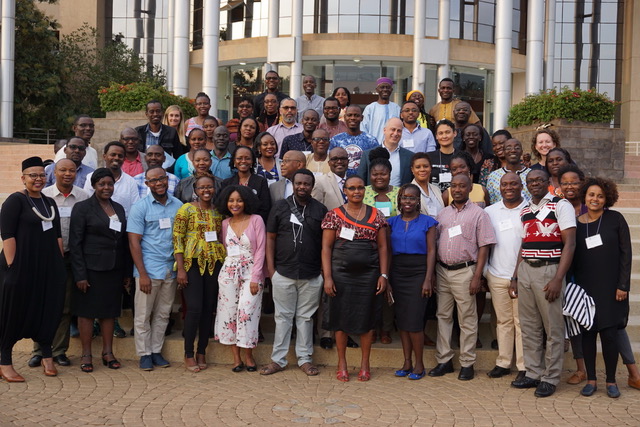 Brooklyn, New York—The Social Science Research Council’s Next Generation Social Sciences in Africa program has announced awards to forty-nine fellows of extraordinary merit from universities in Ghana, Kenya, Nigeria, South Africa, Tanzania, and Uganda. Hailing from eight countries and over twenty different schools, the fellows were chosen for the quality of their research topics and their potential to advance understanding of peace, security, and development on the African continent and across the globe.

This research creates a knowledge base to allow for informed debate by African communities on the issues that most affect them—issues often driven by external corporations, governments, multilateral institutions, and NGOs. Through research, our fellows provide invaluable analyses from the continent of Africa, contributing to both their institutional departments and scholarly debates in their respective fields. The fellows work on a large range of pressing issues, including cooperative strategies used by pastoralist and farming communities to maintain peace, the complex relationship between humanitarian aid and sex worker communities, power sharing and political settlements in Tanzania, violence in the borderlands between Uganda and the Democratic Republic of the Congo, and the relationship between Pentecostalism and violence against immigrant communities in South Africa.

Despite the fact that “only six percent of African women participate in higher education processes as students, faculty or administrators,” according to the Forum for African Women Educationalists, and only 30 percent of students in African universities are women, according to the World Bank, women make up nearly half of the incoming cohort (48 percent) —a demonstration of the program’s commitment to gender equity and representation.

In addition to supporting new research in peace, security, and development from the African continent, the Next Generation Social Sciences in Africa program addresses the insufficient number of PhD-holding faculty members at universities in six sub-Saharan African countries—a deficit that undermines vital efforts to expand access to, and strengthen the quality of, tertiary education on the continent.

Since its inception in 2011, the Next Generation Social Sciences in Africa program has granted 277 fellowships to more than 200 students pursuing graduate degrees at universities across Africa. Alondra Nelson, president of the Social Science Research Council, notes that over seventy-five fellows have completed their PhD with SSRC support and another fifteen are expected to complete their doctoral studies in 2019. She observes, “This program creates opportunity for doctoral students to undertake rigorous field-based research at a scale nearly without precedent in the African social sciences. Students emerge equipped to teach new generations of doctoral students of their own, and these dividends will continue for decades.”

A complete list of Next Generation Social Sciences in Africa fellows is available here.

Nicodemus Minde, a PhD student in international relations at the United States International University Africa, explores the political union between Tanganyika and Zanzibar, which, unlike other short-lived political unions in Africa, such as the Ethiopia-Eritrea Federation from 1952-1962 and Senegambia Confederation from 1982-1989, has now existed for over five decades. A two-time Next Gen fellowship recipient, he aims to address inadequacies in existing literature by capturing the contextual interests and differing political parties' positions in the union, especially in light of Zanzibar's waning sovereignty and Tanzania’s rule by a single party since the inception of the union in 1964.

Simbarashe Nyuke, a PhD student at the Humanities Graduate Center at the University of Witwatersrand, investigates the role of Pentecostalism in mediating immigrants' experiences of fear and violence in Johannesburg. The interplay between religions, particularly Pentecostalism, as it pertains to the immigrant in the context of urban violence has not received much scholarly attention, and he therefore seeks to analyze these two “separate” realms, as they are united in the context and complexity of daily life for the urban immigrant in Johannesburg. Simbarashe is a three-time Next Gen fellowship recipient.

Bernadette Adjei, a PhD student at the University of Ghana, studies legal pluralism through the lens of water resources governance in Ghana. In examining the evolution of the roles of the customary (traditional rulers) and formal (government institutions) in water resources governance in Ghana, she aims to provide methodological input on how to conduct legal pluralism studies as they pertain to water governance in Africa and suggest which approaches are likely to give the best results for academics and policymakers. Bernadette has previously received both the proposal development and research fellowships.

The Next Generation Social Sciences in Africa program is funded by Carnegie Corporation of New York.