The Next Generation Social Sciences in Africa Program draws its direction and leadership from institutions of higher education across Africa and the United States. It is governed by a board of prominent leaders in higher education, which brings a vast range of topical and area-specific knowledge and experience to the program. The Board provides guidance for all program activities; its members serve on the selection committee for the fellowship program and they provide vision for the program’s ongoing development and expansion. 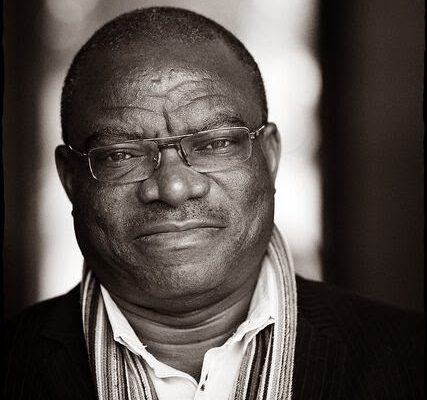 Akosua Adomako Ampofo is a Professor of African and Gender Studies at the University of Ghana (UG), and was until 2015 its Director. She was also the founding Director of UG’s Centre for Gender Studies and Advocacy. Adomako Ampofo’s teaching, research and advocacy address African Knowledge systems; Higher education; Identity Politics; Gender-based Violence; Women's work; Masculinities; and Gender Representations in Popular Culture. Adomako Ampofo is the Co-President of the Research Committee on Women and Society of the International Sociological Association and in 2010 she was awarded the Feminist Activism Award by Sociologists for Women and Society.

Steve Ouma Akoth is a Kenyan scholar, advisor and activist in the field of human rights and social anthropology with over 16 years working in diverse international, regional and national fora. He is currently the Executive Director of Pamoja Trust and faculty member at Kenyatta University. He grew up in Korogocho slums of Eastern Nairobi and was educated at Moi University, Eldoret, Kenya and The University of the Western Cape South Africa, where he obtained his PH.D. Steve is an alumni of the Next Generation Social Sciences in Africa program, having a received a completion fellowship in the program's first cohort.

Alcinda Honwana is Inter-Regional Adviser on social development policy at the United Nations. She is also a visiting professor of Anthropology and International Development at the Open University where she held the Chair in International Development and directed the International Development Centre from 2005-2010. Honwana was also a Program Director at the Social Science Research Council in New York, and taught anthropology at the New School of Social Research in New York and at the University of Cape Town. Alcinda Honwana has carried out extensive research on political conflict and politics of culture; on the impact of war on children and youth; as well as on youth politics, social movements and political protest.

Sarah Ssali is currently a Senior Lecturer in Gender Studies, Makerere University, where she mainly lectures Gender, Politics and the State, Gender and Public Policy, Institutions and Social Transformation and Research Methods. Sarah holds a PhD in International Health and Development, Masters in Gender Studies, and a Bachelors Degree in Social Science (Political Science and Public Administration). She has conducted research in Life Histories in health in post conflict situations; Social Networks of people living with HIV; gender law and sexuality, legal aspects of circumcision, femininities and masculinities, gender dimensions of health and wellbeing as well as health financing.

Charles Ukeje joined the Department of International Relations at the Obafemi Awolowo University, Ile-Ife, Nigeria in 1992, and rose through the ranks to become University Professor in International Relations in 2008. His teaching and research interests converge at the intersection of governance, security and developmental issues in Africa. A past recipient of several awards such as the Fulbright Scholarship, the African Guest Researcher Fellowship of the Nordic African Institute at Uppsala, Sweden, and the Leventis Cooperation Visiting Research Scholarship at the Centre for African Studies, School of Oriental and African Studies of the University of London.  Professor Ukeje also serves as a workshop facilitator for the Next Generation Social Sciences in Africa program, providing critical mentorship supports to fellows.

Yearly fellowship cohorts for the program are determined by a peer-reviewed selection process informed by a network of over sixty researchers based in African universities. Every proposal we receive is read by three reviewers, an element of our commitment to a peer-review process led by African scholars.

About
Advisory Board
International Partners
Team